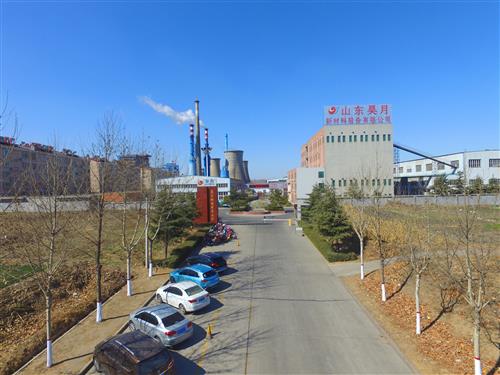 ——Written when Haoyue's Chairman Mr. Yang was named the "Top Ten Promoters of International Standardization in 2015"
The product produced by Shandong Haoyue Resin Co., Ltd.—Super Absorbent Resin (SAP) belongs to the strategic emerging industry new material products supported by the state. It is mainly used in sanitary napkins, diapers, pet pads, mattresses for the elderly, etc. It is widely used in agriculture, forestry, medicine, chemical industry, environmental protection，and daily chemicals. At present, the products have been spread all over the country, and also exported to many countries and regions in the world such as the United States, Western Europe, the Middle East, Southeast Asia, Peru, and South Korea. Recently, there is exciting and good news from Haoyue Company. The chairman of the company, Yang Zhiliang, has been named one of the "Top Ten Promoters of International Standardization in 2015". What is the international standardization proposed by Haoyue Resin? How did Yang Zhiliang organize and implement it? With this question, the reporter came to Haoyue to find out.

Concerned about consumers, the endless pursuit

Twelve years ago, the company's chairman, Mr.Yang, accidentally saw a report about infant eczema caused by the use of diapers. How to eliminate the discomfort of the user and improve the quality of the product caused his thinking. And this answer was found on the beach when he noticed that a family of three sat on the beach for a long time without any wet feeling, this inspired him: if the absorbent material can absorb the liquid, it can Non-adhesive, dry and comfortable like sand, can't solve the red butt phenomenon caused by surface wetness, side leakage, and percolation that have long plagued the superabsorbent resin industry?
With this inspiration, Yang Zhiliang returned to joint development and exploration with well-known universities in China. After investigation and research, it was found that the performance of the polymer absorbent resin in the domestic market at that time had great shortcomings: it could absorb water, but it absorbed menstrual blood and urine. The performance is extremely poor and does not meet the needs of its actual consumers. After thousands of experiments, Haoyue finally developed a product that meets the needs of consumers and has a super strong and fast absorption capacity for human urine and blood. The successful development of new products has attracted great attention from the same industry and downstream companies at home and abroad. The company applied for a national invention patent in 2005. In 2006, at the 13th annual tissue paper conference held in Kunming, Yang Zhiliang formally put forward a view different from the traditional testing standards, breaking the traditional judgment basis of water absorption as a testing medium, and the multinational company's SAP quality discourse on the Chinese market The monopoly of rights has come to an end. Since then, the domestic "polymer water-absorbing resin" has also been renamed as "high-absorbent resin", and a new era of SAP products has begun.
Once this new idea was launched, it was widely recognized and received strong support from China Pulp and Paper Research Institute. They assisted Yang Zhiliang and his company to apply to the National Standards Commission for drafting "Sanitary Napkin Super Absorbent Resin" and "Diaper Super Absorbent Resin." 》 Two national standards. The implementation of the two national standards also completely ended the era of huge profits of foreign products in China, and fundamentally blocked the wanton behavior of foreign companies on the technology and prices of the Chinese SAP market. The technical promotion of the standard's strong absorption and affinity for blood and urine has greatly improved the health of women, children and the elderly, and brought benefits to end consumers.
Focus on new skills galloping beyond

As the only company in the domestic industry that has established a provincial-level enterprise technology center, the company attaches great importance to the construction of a scientific and technological innovation system. Since its establishment, it has established a research and development center and established long-term cooperative relationships with well-known universities in the country. Strategic cooperation with East China University of Science and Technology, the establishment of a joint laboratory to jointly research new products and technologies that meet market demand, and focus on the transformation of innovation results, product quality has made a qualitative leap. The ratio of the jointly developed new products to similar products at home and abroad, the time to absorb 5 ml of academic simulation liquid, is shortened by more than 400 seconds compared with the products of brand enterprises that have changed their position in the overlapping market, effectively solving side leaks, back seepage, adhesion, especially yellowing, etc. The problem is that it reduces the use of wood pulp by 70% for its downstream products, which is easy to degrade and environmentally friendly. It greatly improves the performance of domestic superabsorbent resins, achieves catching up with international standards, and lays the foundation for domestic SAP to enter the international market. In 2005, he obtained the invention patent of the "surface modification method of sodium polyacrylate water-absorbing resin". Become a fast-growing branch enterprise.
Since 2010, the company has strengthened the cooperation of industry, university, and research, and has cooperated with many research institutes such as Air Force Equipment Research Institute, Beijing Technology, and Business University, and developed a number of projects such as "development of the airport and highway anti-fog materials". The project has achieved achievements in phased results, which also contributed to the national public utilities and livelihood service construction of the 18th CPC National Congress advocates. In response to the market development trend, the company has developed a series of technology-leading and well-performing products, "Surface Modification Technology of Sodium Polyacrylate Water Absorbent Resin", "High Water Absorbent Resin for Communication Optical Cable", "Deodorizing Absorbent Material and More than 20 kinds of technical products such as "compositions" and "development of biodegradable modified starch superabsorbent resins". The technology and product performance rank first in the domestic industry and are at the international advanced level. Many of these products have achieved industrialization. Production has made outstanding contributions to the development of the local economy. Formed a technology innovation system that takes the enterprise as the main body, the market as the direction, the brand as the target, and the combination of production, teaching，and research And starting from consumer demand, "always stand on the same front" with consumers, expanding technological innovation capabilities and continuously improving the performance of new products developed and produced, reaching the international leading level. For SAP International in recent years, the company has Apply for 2 invention patents, the host or participate in 6 international, national and industry standards. Pore-crosslinked polyacrylic acid sodium salt superabsorbent resin for blood absorption, Part 1: Test method proposed by Yang Zhiliang and his company in April 2014, and Porous crosslinked polyacrylic acid sodium salt for blood absorption, high absorption Resin Part 2: General Requirements "The international standard has been successfully established by the ISO / TC61 committee member, which is also the first domestic standard supported by patented technology in China.
Mr.Yang told reporters: "Every year I am proud to be included in the" Top Ten Promoters of International Standardization in 2015 ". This is just my personal honor and also the honor of Haoyue Company. It is only the result of everyone's efforts and it is worthy of leadership support. In the next step, the company will standardize enterprise production through standardization, continuously improve product quality, lead the industry's development direction, achieve leapfrog development, and bring more gospel to global end consumers. "