On August 14, 2017, the International Organization for Standardization (ISO) released "Sodium polyacrylate superabsorbent resin for blood absorption Part 1: Test methods" and "Sodium polyacrylate superabsorbent resin for blood absorption Section Part 2: Specifications "Implementation of International Standards. Chinese SME HOW U has established two international standards. Their release and implementation will have a profound impact on leading the innovation of products such as feminine sanitary napkins and rewriting the competitive landscape of such products. On the international market.
Super absorbent resin (SAP) is the main raw material of sanitary napkins and diapers. HOW U cooperated with universities to actively innovate and develop a degradable polyacrylic acid sodium superabsorbent resin material. This technology is world-leading. Every 5 ml of blood absorbs for less than 50 seconds (for similar foreign bodies, more than 120 seconds). The raw materials after absorbing blood are jelly particles, which are dry and breathable, thin, and sanitary and environmentally friendly. Various defects. In 2005, the company applied for a national patent. The National Standards Committee and the Shandong Provincial Bureau of Quality and Technical Supervision have carefully instructed the company to turn patented technology into standards. On September 1, 2009, the national standard of "Super absorbent resin for sanitary pads" was officially promulgated and implemented. Due to the rapid absorption of new materials, the quality of sanitary napkins has been greatly improved, and the market structure of highly absorbent resins has also changed immediately. The share of products of foreign companies that previously occupied the market has decreased significantly, while the share of domestic products has rapidly increased. At the same time, it has improved the health of women's health and brought good news to consumers. The output value and benefits of enterprises have grown from micro and micro enterprises with an annual output value of 1 million to SMEs with an annual output value of nearly 100 million yuan. Profit is the sum of the profits of the previous five years.
With the continuous expansion of international market demand, the National Standards Committee helped the company apply for an international standardization project. In September 2014, it was approved by the International Organization for Standardization (ISO). Due to the advanced technology of our products, leading indicators of blood-sucking time, and including technology patents, some foreign companies try to prevent the introduction of this standard. The process of formulating international standards is highly competitive and negotiation is difficult and complex. The National Standards Committee organized experts from the China National Institute of Standardization and relevant professional and technical committees to participate in the process of formulating, preparing, reviewing, and inquiring about the standard proposal, and cleverly proposed to divide the standard indicators into two levels. The blood-sucking time of the first grade is less than 50 seconds, and that of the second grade is more than 50 seconds, which has won the understanding and support of most countries. On July 17, 2017, representatives of the 14 member countries of the International Organization for Standardization (ISO) Professional and Technical Committee formally voted in the field of this product, and finally adopted these two international standards with 13 votes in favor and 1 abstention.
The release and implementation of these two international standards have the following three effects: First, through technological innovation, a world-leading biodegradable sodium polyacrylate sodium superabsorbent resin with degradable properties will be developed, which will generate huge Economic value and ecological value. value. The second is that the technology has an independent intellectual property patent and that patent has been written into international standards. It has the right to speak, which can break the long-term monopoly of foreign companies in the Chinese sanitary napkins, diapers and other products market, and reduce the long-term dependence of Chinese related products on imports. The third is to establish international market rules for the blood-sucking resin industry. At present, only Chinese companies can produce first-class products, which greatly improves the competitiveness of domestic and foreign markets and reduces the risk of trade friction.
The superabsorbent resin blood-sucking material has a wide range of applications. Not only is it an excellent raw material for physiological and sanitary products, but it can also be used for medical rescue, battlefield hemostasis，and blood. 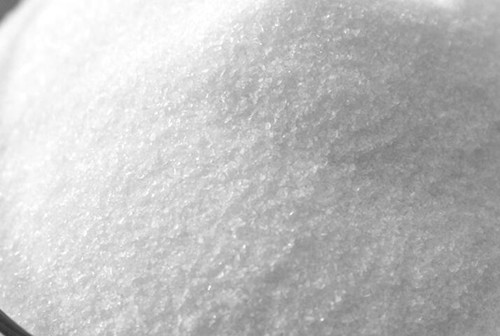